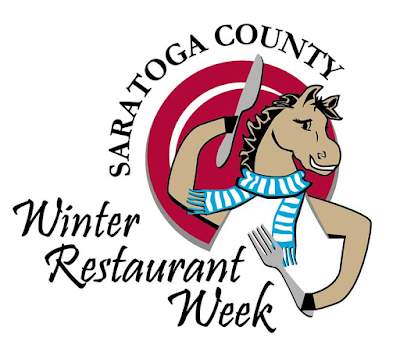 Local readers: Saratoga Restaurant week begins this Friday! Click HERE for participating restaurants, menus and prices. Not all restaurants have their menus up yet but should by later in the week. Chianti's is always really good and Mingle On The Avenue is as well.

Restaurant week also runs in conjunction with the Toys for Toga program:


"You can donate a new and unwrapped toy at participating establishments below! Look for the cardboard box! Local retail and bar locations are also offering consumers the chance to donate and receive a Toys for Toga “block pin up” or coaster showing they support Toys for Kids. You can also donate online at www.gofundme.com/toysfortoga

The Saratoga Convention & Tourism Bureau, DeCrescente Distributing Company and Olde Saratoga Brewing Company partnered together to launch the campaign and last year nearly $5400 was raised and over 500 Toys collected!  This year we hope to reach $10,000 and 1,000 Toys. This program runs from 11/11/15-12/11/15."

Erin
I live in upstate NY with my husband and daughter and enjoy helping others save money!

Submit A Deal Or Shopping Trip For A Chance to Win A PC Gift Card!